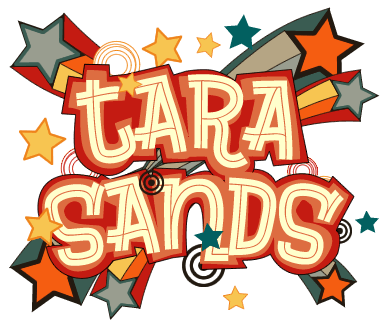 Greetings from our weird new world! Hope you all are staying safe and healthy. I miss seeing you all in person at recording sessions and conventions, but luckily I can keep recording from home and there are lots of ways we can still keep in touch!

If you are not following me on social media, please do! I love doing giveaways on there and I can keep you in the loop about new projects. On Twitter and Instagram I am @TaraSandsLA and on Facebook I am at https://www.facebook.com/tarasandstarasands/

For those of you missing conventions, you can still get autographs and other fun stuff at www.LoopedLA.Etsy.com

You can also get custom messages at https://www.cameo.com/tarasands

Sending lots of love to you all!

To purchase autographed Pokemon cards of some of Tara’s characters, go to https://www.etsy.com/shop/LoopedLA?section_id=23562488

For all upcoming convention dates, go to https://www.facebook.com/pg/tarasandstarasands/events/

Not Just Another Comic Con

Big thanks to Audiofile Magazine for these kind reviews! I love both these books so much!

Narrator Tara Sands deftly presents the sad and challenging life of 17-year-old Mercy Legowski-Gracia, who is Puerto Rican and Polish. Nicknamed Sugar because of her size and love of sweets, she lives in New Hampshire in a rundown house with her mother, who’s so obese she can’t leave her bed, and her abusive brother, Skunk. Sands convincingly renders “Mama,” whose bitterness and sarcasm are palpable, and warmly supportive Even Anderson, a new guy at school who befriends her. Skillfully displaying a wide emotional range, Sands portrays many personality types and delivers diverse accents. Being privy to Sugar’s counseling sessions may encourage teens to follow her lead. Listeners will be moved by an unexpected tragedy that Sugar endures while still celebrating her triumph over many obstacles. S.G.B. © AudioFile 2016, Portland, Maine

Shurtliff’s fairy-tale retellings (JACK, RUMP) give narrators a fine challenge, and Tara Sands fully takes this one on. When Red’s grandmother becomes gravely ill, she heads out on a quest to find the strongest magic, eternal life, to save her. While Red’s personality is determined and sassy, Goldie, her unexpected and initially unwelcome companion, overflows with an infectious innocence as she babbles every thought that pops into her head. Sands executes this contrast perfectly. The various other storybook characters are also well done, giving the production both depth and whimsy. The disdainful tone of their dwarf guide, the wistful howls of Red’s wolf friend, and the huntsman’s raspy voice—so edged in malice that your hair will curl—will win listeners of all ages. M.F.T. © AudioFile 2016, Portland, Maine 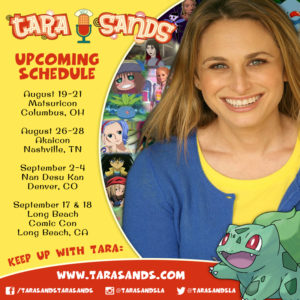 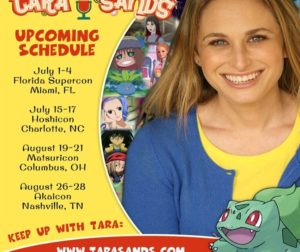 Psyched to be a part of this cool new Gundam project! Check out the trailer here:
https://www.facebook.com/gundamglobalportal/videos/1013400838696058/